You are here: Home / Madaris Series / A Madaris Bride for Christmas – Trade Size 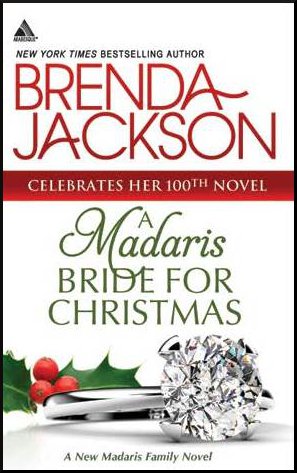 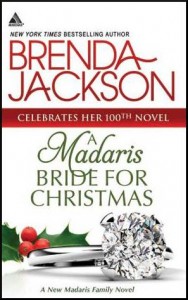 IN HER 100TH BOOK, NEW YORK TIMES AND USA TODAY BESTSELLING AUTHOR BRENDA JACKSON blends heated sensuality and drama into a dazzling new novel featuring one of her most unforgettable Madaris heroes yet…

One by one, Madaris men have surrendered to the matchmaking schemes of Felicia Laverne Madaris, matriarch of the family. But Lee Madaris isn’t letting anyone else control his destiny. He’ll bring a bride of his own choosing to the family’s holiday gathering—if his hotel’s gorgeous new chef will agree to a marriage of convenience.

It’s not just the chance to work at the Strip’s hottest hotel that brought Carly Briggs to Vegas. Witnessing a crime in Miami may have made her a mob target. Though she’s reluctant to complicate their working relationship, Lee’s tempting offer is so hard to resist. And soon, desire is clouding their no-strings arrangement.

The danger that made Carly flee Miami is about to land at their door. So Carly and Lee must decide who to trust, when to let go—and whether a love they never anticipated is strong enough to pass the ultimate test.

Essence of Desire
Scroll to top