You are here: Home1 / Grangers Series2 / A Man’s Promise 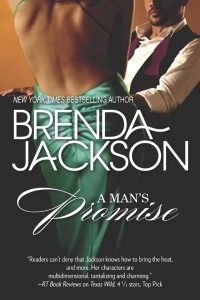 A man’s word is his bond. His family is his strength. His heart is his own.

A man’s word is his bond. His family is his strength. His heart is his own.

Superstar musician Caden Granger has spent years running from love, commitment and family. Yet despite his fame and fortune, he knows the kind of respect and adoration he needs can only come from one person—the very woman who wants nothing to do with him.

Charity volunteer and owner of a wine boutique, Shiloh Timmons finally got her life on track once her relationship with Caden ended, and she’s in no hurry to revisit a romance with the man who believes she left him standing at the altar.

If Caden can’t have Shiloh by his side, all the success in the world will mean nothing. Now he has a chance to renew his promises…but is it too late?